PTSD, infertility and other consequences of war 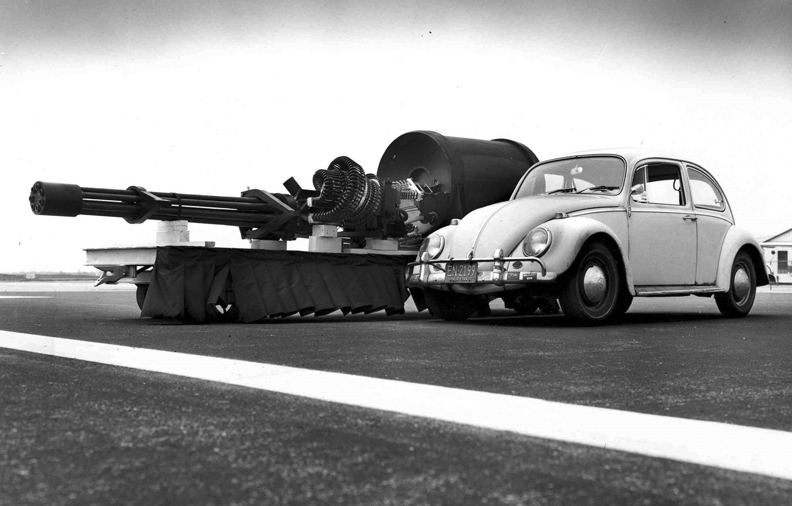 The A10 WartHog jet aircraft is built around the GAU-8 Gatling gun with seven barrels that fires 4,200 heavy uranium projectiles a minute. That’s 70 rounds a second!

PTSD and its effects on U.S. soldiers and their families is a ghastly story with no end. PTSD is, in large part, though, an entirely Pentagon, or American war machine, inflicted wound.

Boot camp and combat is bad enough; and such forced inhumanity as committing war crimes against civilians causes soldiers to suffer the mental trauma of PTSD. In addition, there is an unseen agent or disease vector at work here as well.

There, on the battlefield, the happy boys sent off to war by Mayor Gavin Newsom’s Fleet Week – an event responsible for a big chunk of the enlistments in the U.S. Navy and Marines – will probably come in deadly contact with another San Francisco Bay Area product: depleted uranium, aka DU, and weaponized ceramic uranium oxide gas and aerosols, UO.

Iraq and virtually all the rest of the Middle East and Central Asia have been continually dosed for almost 20 years with thousands of tons of weaponized ceramic uranium oxide gas, also known as “depleted uranium.”

When used as directed, the depleted uranium bullets, shells and bombs become a lethal uranium gas or aerosol. The poison uranium oxide gas aerosols last for billions of years and never stop indiscriminately maiming and killing, which is a war crime in itself.

San Francisco’s Rep. “Nuclear Nancy” Pelosi and her friends at San Francisco-based Bechtel are all set to make more atomic bombs, too. Bechtel is a nuclear capable corporation and manages the Livermore Nuclear Weapons Lab.

Depleted uranium is called “depleted” only because less than one half of 1 percent of the uranium isotope 235, the bomb making isotope, is removed when the U.S. government makes atomic bombs. The currently remaining billion and a half pounds of uranium isotopes are often given free to politically connected arms manufacturers. That radioactive uranium is then used to make bullets, shells, missiles, mines and bombs to sell to the U.S. government a second time.

San Francisco based lawyer Karen Parker is an expert in the International Law of Armed Conflict, commonly called “war crimes” law. The law and treaties require that weapons can be “turned off” after the battle is over.

Simple as that. Anything else is a war crime, punishable by hard labor in prison or death by hanging.

Army and civilian researchers have shown that uranium oxide (UO) poison gas particles migrate right up the olfactory nerve to the brain. This is when the uranium poison gas weapons are used by soldiers as directed by arms manufacturers and military regulations.

In addition, UO particles are small enough to go through combat uniforms and penetrate the skin of soldiers. Once inside their bodies, the poison uranium gas is drawn to their brains, bones, and testicles or ovaries. Of course, this applies to civilians and animals as well.

Over a million U.S. soldiers have been on the ground in Iraq and Central Asia. The medical disability rate is over 60 percent and “PTSD” is a common diagnosis. Soldiers from the United Kingdom, Germany and Italy report similar medical problems as well.

One milligram (mg) of uranium oxide poison gas is about the size of one of the periods at the end of these sentences. When soldiers can absorb UO through their skin, there is nothing to limit their exposure to one milligram or a thousand. That goes for civilians too.

Each tiny milligram shoots about 1,251,000 powerful radioactive bullets a day with a range of about 20 cells of the human body for thousands or even billions of years. This is according to noted mathematician and radiation expert, Rosalie Bertell, Ph.D., GNSH.

She should know, Dr. Bertell serves on several Pentagon radiation committees and has for decades.

Uranium munitions, containing weaponized uranium oxide gas and aerosols, are used by presidential order in U.S. war zones. Privates and corporals do not decide to use these poisonous uranium gas weapons on their own. No, that order comes from the American president.

Uranium oxide gas weapons are called “genocidal weapons.” They maim and kill millions of people, their animals and their land. The actual targets by the U.S. Expeditionary Forces are the populations of Central Asia and the Middle East, about a billion people.

The U.S. Expeditionary Forces are quite successful in targeting and dosing these large populations. In so doing the soldiers poison themselves with depleted uranium too. The American presidents don’t care. Should we care if the president doesn’t?

There is a Middle Eastern country that requires all 18-year-olds to join national service for several years. This country even has a roughly comparable health care system to America for a population of 7,233,701, according to the CIA World Factbook. The country is Israel.

All Israeli soldiers donate a sperm sample that is immediately frozen in liquid nitrogen and stored in a sperm bank at University Hospital in Jerusalem. Recent professional analysis shows Israeli sperm concentration has declined by 40 percent in less than 10 years.

This is a dangerous and precipitous collapse in human sperm concentration. While opinions differ as to the causes, Israel is swimming in a sea of uranium oxide gas partly from its own and American uranium oxide weapons. The DU attacks the sperm and eggs of male and female soldiers. Civilians and animals too.

In addition, Israel borders the Mediterranean Sea, as do 21 other countries. For 20 years, a branch of the Italian Mafia called ‘Ndrangheta in the South of Italy, next door to Sicily, have grown a thriving nuclear waste disposal business into an estimated 2007 US$65 billion a year “legal illegal business,” as Mafia operations are called in Italy.

The infamous “EcoMafia” load derelict cargo ships with high level nuclear wastes and used reactor cores, then sink them in the Mediterranean and along the African coasts. As a result, Israelis swim in a radioactive sea.

Since 20 percent live sperm is considered to be the beginning of infertility, Israel will be sterile in less than 10 years at this rate of decline. The estimated 7 million Israeli Jews will have no more children soon after that. This catastrophic development has already occasioned legislative hearings in Israel’s Knesset. The hearings were covered by Israeli newspaper Haaretz. Israeli sperm concentration is just an example of what is happening to human sperm all over the Middle East and Central Asia, by the choice and force of will of successive U.S. presidents.

The American war machine has consequences. PTSD is just one of them. The poison gas cannot be contained, undone or recalled. There is no antidote; there is no cure. There is no escape.

CNN, “Who Are the ‘Ndrangheta?”

Google: Mafia + “nuclear waste” + Mediterranean for an up-to-date listing of thousands of articles on this crime against humanity.

Bob Nichols is a Project Censored Award winning writer and a San Francisco Bay View correspondent. A former bomb maker in a U.S. government factory in rural Oklahoma, he reports on the two nuclear weapons labs in the Bay Area. He can be reached at duweapons@gmail.com.